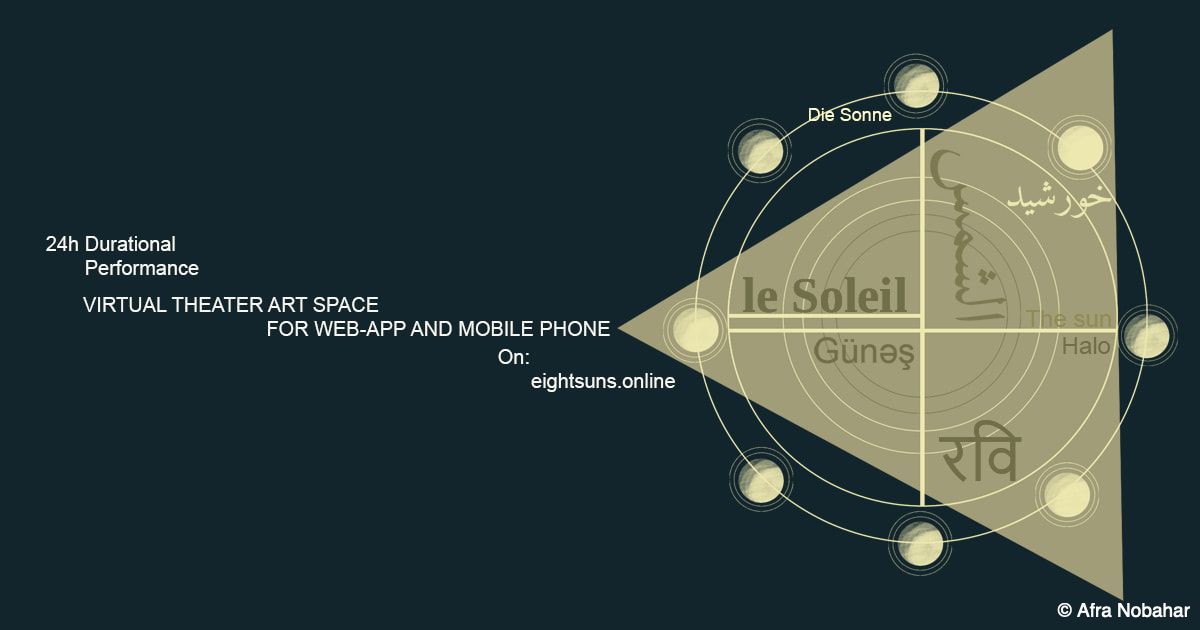 Eight artists come together without travelling, despite the virus and especially despite climate change. They use all digital media and improvise live, developing new forms of performance in a specially created heterotopia. Over the course of ten days, they will engage in a model artistic discourse on the basic idea of what a future-oriented, global social contract could look like, which can only succeed through fair communication at eye level between the world regions. In a joint web-based virtual 3D theatre space, in which national borders play no role, a future-oriented, political, global dialogue is acted out as the artists imagine it. In this sense, the process is also the content. The audience can participate worldwide with their own contributions and interactions. In this way, despite the pandemic and the climate crisis, a democratic space is created that allows an international exchange that is accessible to everyone.

Developed as part of "dive in. Programme for Digital Interactions" of the Kulturstiftung des Bundes (German Federal Cultural Foundation) with funding by the Federal Government Commissioner for Culture and the Media (BKM) through the NEUSTART KULTUR programme.